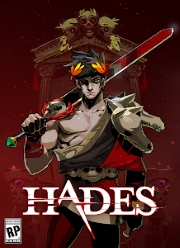 Can I Run Hades

Can you run Hades?

Hades, the hack and slash roguelike that took the gaming world by storm this year, is still one of the most tested games on CanYouRunIt.com 6 months after its release! Although it is a very fast-paced game, Hades actually has very manageable system requirements. PC players only need a 2.4 GHz dual-core CPU alongside a DX 10 GPU with 1 GB of VRAM. It will run on Windows 7 and newer operating systems and also needs 4 GB of system RAM. For the recommended requirements, the developers want you to have a 2 GB VRAM GPU alongside a 3.0 GHz dual-core CPU. The recommended RAM requirements are double that of the minimum, so you’re looking at needing a solid 8 GB.