Can I Run Dragon Age 4

Hopefully the latest installment in the Dragon Age series will be out soon. All we think we know for now is, Alexis Kennedy, co-founder of Sunless Sea developer Failbetter Games, left the studio a year ago to become a freelance video game writer, and announced in early September that BioWare had hired him as its first-ever guest writer. Kennedy pointed out to Eurogamer that Mark Darrah, the series’ executive producer, said “welcome to Dragon Age” earlier this year in a tweet about Kennedy. 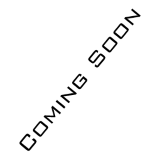